No Ads, No Tracking Software, No Cross-Site Requests. Scramblerz is a socially motivated project dedicated to protecting privacy online

How Does a Bitcoin Mixer Work? 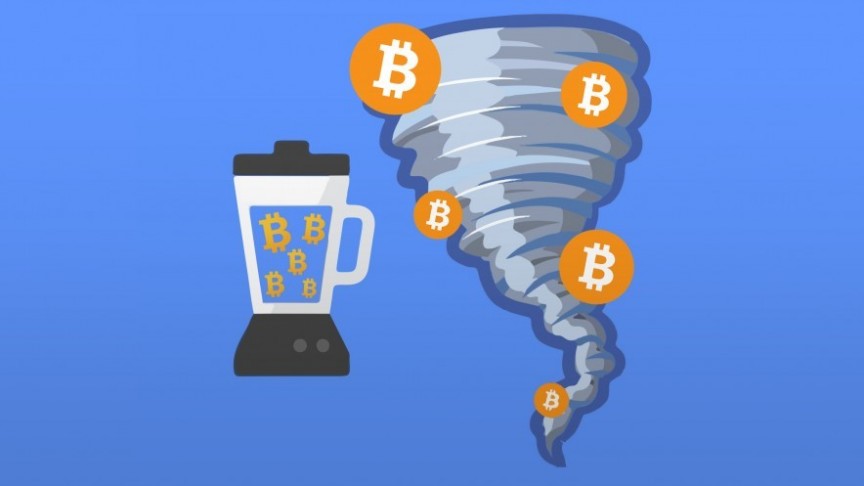 Is cryptocurrency public or anonymous? Despite the fact that crypto transactions have been long considered confidential, it has been confirmed that there are very high chances to establish a connection between two wallets and even find out the names of their owners. However, if you are not satisfied with such a situation, you should find out the answer to the question ‘how does a Bitcoin mixer work?’ and learn how to use it to achieve the highest level of privacy.

You will agree that BitCoin mixing platforms have appeared not occasionally and now thousands of people use their services to make the transactions untraceable and clean tinted coins.

Look: if you possess BitCoin and do not want anyone to find out this fact, this article will tell you the main principles of the work of mixing platforms.

What this article is about?

It does not matter if you use a Bitcoin mixer, tumbler or scrambler since all these terms mean one thing – an online platform which is used for disconnecting the sender’s and the recipient’s addresses within a transaction by means of adding coins to the general pool and mixing them with coins of other users and private reserves of the service. This process is performed with the goal to hide the trace of the cryptocurrency and stay confidential.

If you are not familiar with a concept of bitcoin mixer, please read our article “What is a Bitcoin Mixer?”.

It is a widely known fact that all BitCoin transactions are recorded by the blockchain and can be accessed by everyone without any difficulty. The use of simple analysis techniques and tools can help to find out the history of the transactions made from a certain wallet and compare it with other information available on the web to learn the name and even other personal data of the wallet owner. If this person has made a purchase using this wallet and provided at least the address to deliver goods ordered, it can serve as a great hint for people who decided to solve this puzzle, let alone many other things considered for this purpose. The truth is the following: there is no need to put much effort to trace the movement of BitCoin from one wallet to another one. At the same time, if a coin holder is not satisfied with that, there is a possibility to improve the anonymity of cryptocurrency – use services of BitCoin tumblers.

How does a Bitcoin scrambler work?

A cryptocurrency transaction is performed between two or more wallets when a sender or several of them transfer coins to the recipient’s address(es). Consequently, there is a direct connection between these wallets and it can be followed via the blockchain. However, when this transaction takes place through the mixing service, the last one breaks this link. How does it happen?

When you send a certain amount of coins stored on your wallet, they move directly to another address you have provided. Everyone can open the blockchain record history and look at this transaction. However, the use of a scrambler makes it impossible to trace them since your coins are first delivered to the service where they are mixed with many other coins delivered to the pool from other wallets and reserves. As a result, a recipient will get the amount you have sent but these will be the currency from many other addresses, not yours. Naturally, there are some little chances that one or two coins from your transaction may continue their way to the destination address, but this might happen only if the mixing pool is not large enough. Moreover, the chances to trace such a transaction are very little as well.

The level of anonymity for transactions performed via a tumbler depends on several factors:

How to mix coins on online scramblers?

In fact, there is nothing difficult in the process of mixing coins online. BitCoin mixing consists of several stages, but there are some differences in them so the number and order of these stages may vary depending on the tumbler selected.

Why do all the mixers accept BitCoin only? The reason for that is not only the popularity of this coin but also its lack of anonymity. However, there is a cryptocurrency that is much more private than BitCoin and does not require the use of tumbler platforms.

Originally, there were two anonymous coins such as Zcash and Monero, later Dash was added to this list too. Zcash confidentiality was achieved thanks to a cryptographic tool called zk-SNARK, while Monero features the ring signatures technology for this purpose. Dash is characterized by using the PrivateSend technology which includes mixing and breaking a transaction in several inputs automatically. These approaches help to hide traces of the transactions and prevent their observation.

In addition to the choice of the coin, it is important to select anonymous wallets too. Electrum wallets and Dark wallets, for example, have a built-in mixing option that prevents from using third-party services. One more way to make your transactions anonymous is to use special payment systems such as Z-Pay, which issues and transfers anonymized bills.

It makes no sense to question the popularity of BitCoin, but there is much evidence that this coin lacks anonymity. Therefore, it can be a necessity to use mixing services if you want to make your crypto transactions untraceable. Now you can see that a mixing process is simple and does not require additional knowledge, so every BitCoin holder can take advantage of it paying a quite low fee from 0.5% to 3%.